PVC pipes are the most basic shelter one can provide.
But how creative can you get when you want to push the limits of overcrowding.
Here are some of the structures we put together, and believe me when I say they aint pretty. 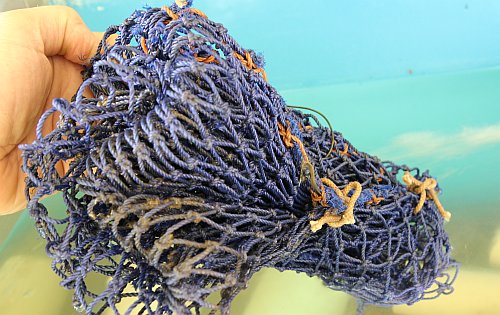 The prawn trawler netting used for the spawn to hide in away from their parents. This is going in the maternity ward aquarium in case I miss the day they swim away from mum and will have some protection from her as it floats on the surface. 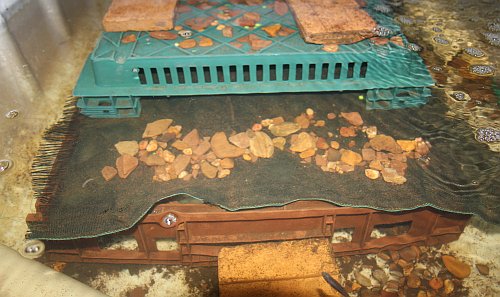 Various bread trays & other food trays work well for thin multi layering housing adding another dimension to climb around in & seek shelter in the daytime. Unfortunately it ooks more like a rubbish tip 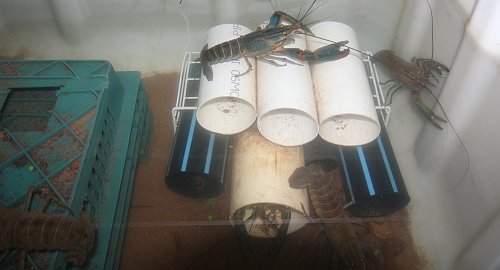 Some plastic floats (not the white pvc plastic) so you need to keep it on the bottom & one way to weigh it down is with a plastic coated wire basket from a fridge freezer 9picked up at the recycle shop. This house is next to our 2 story green crate which has stairs inbetween floors for movement. 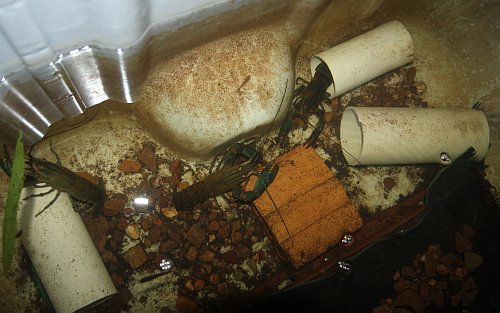 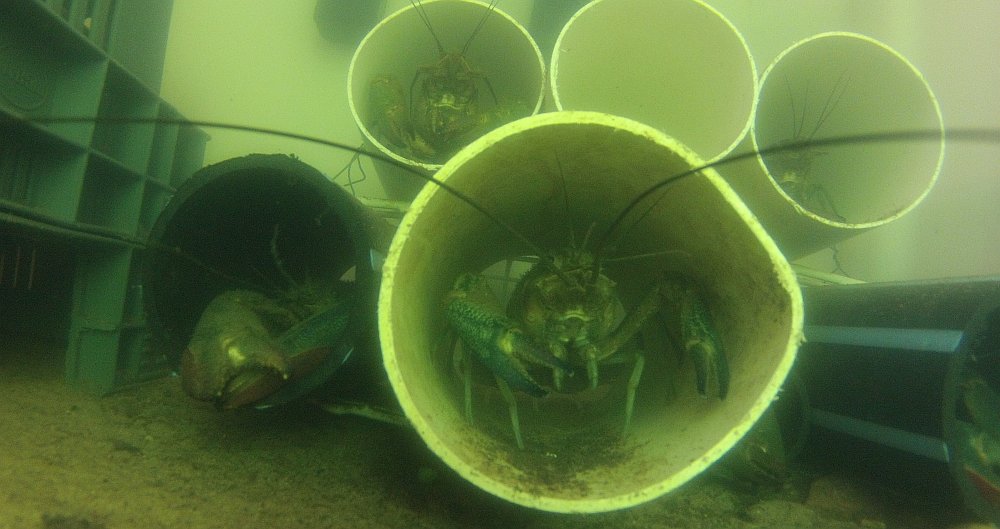 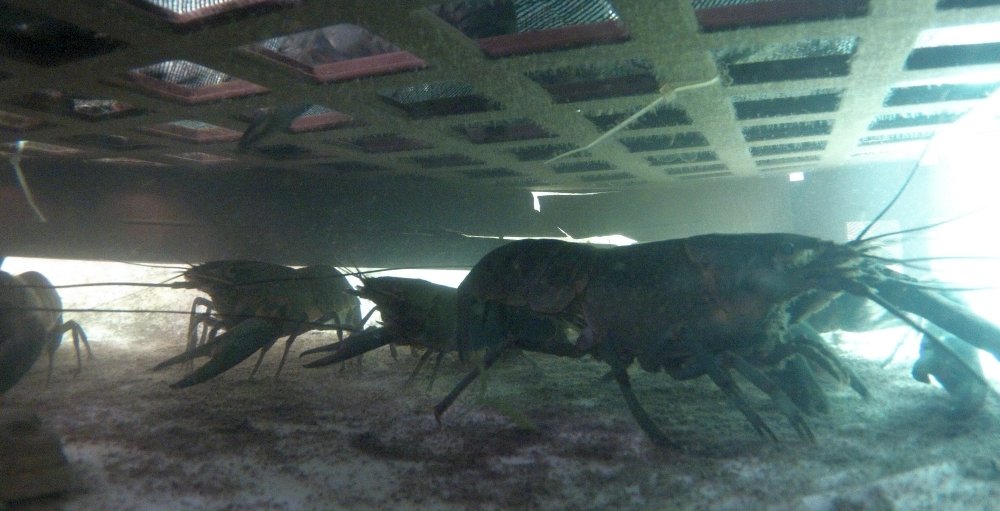 Under the Bread rack, everyone seems to be getting along

The small fry homes in a freezer wire rack to keep the drainage pipe in place. 3 months on and this structure has proven to be well used by about 6 redclaw
Spoke to another redclaw grower & they use no sand or gravel or pipes. Just wood, large flat stones for cover & broken clay pots. All in a 3 metre diameter round cattle feed bin. Had them for years & they have produced many a feast for them. Picks up the flat stones and 10-15 will be happily hiding under them.

We have since removed all the sand & most of the rocks as it goes septic (may have a bit to do with our lack of external filtration system.

We have increased the netting in the IBC's 5fold with various layers/levels/structures. The new one is a seedling tray (350mm X 250mm) with netting layered & another seedling tray on top (sandwiched) with more netting layers again & then encompased in a netting bag & tied together. This is allowing maximum floor coverage for grazing from under the structure for the small fry.

The setup below is for the next IBC that will house the 3-5 week plus juvenile redclaw babies.
There are a few hundred to house & hopefully the mess contained in the 2/3 levels will assist with their survival.
Another Juvenile detention house we have is an orchid pot with 20+ 1 inch long poly plastic 13mm water pipe segments poking in/out (like an igloo with holes) 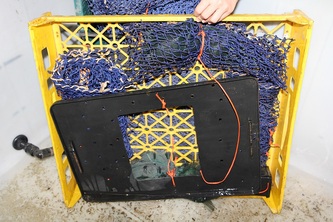 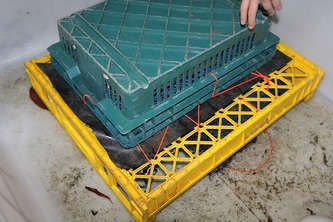 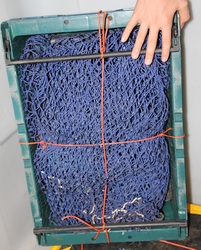 We are trying for high density housing in the new IBC for the juveniles. It really is a fine line. All research indicates many will die due to overcrowding. But have those previous people had a rubbish tip like our setup? We will give it a go in March 2013 when the IBC3 young are about a month+ old and see how we fare with survival rates. (They will be easier to count at this age) 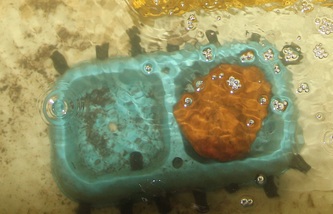 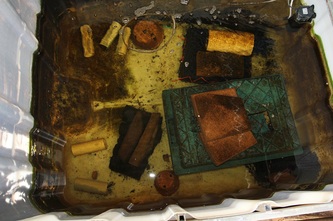 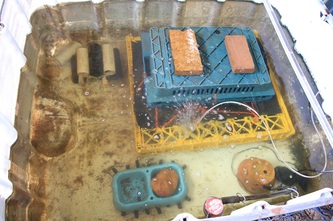 The right size pipe helps with crowding & layout of IBC's
40mm pipe with 2 50mm sections plus a few 25mm sections & we have 13/15 in use.
After getting the camera in to see this ratio I added more 40mm joined housing.